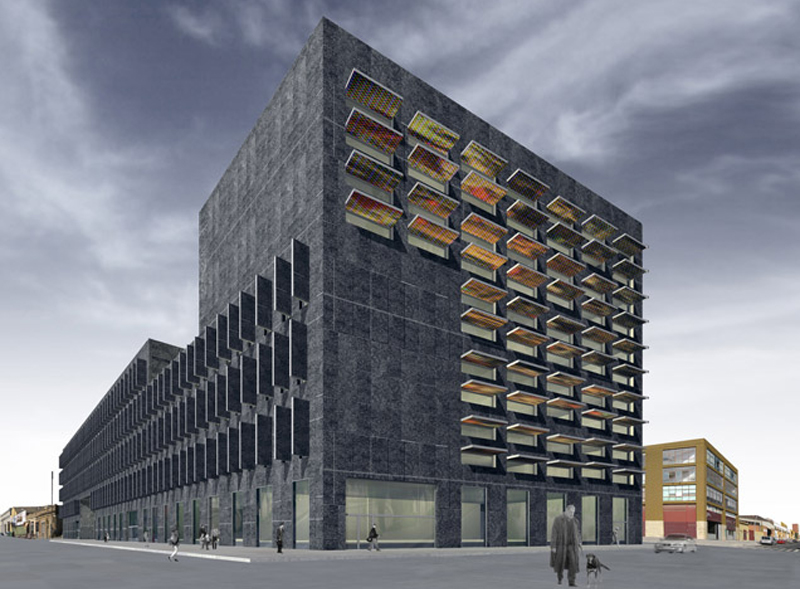 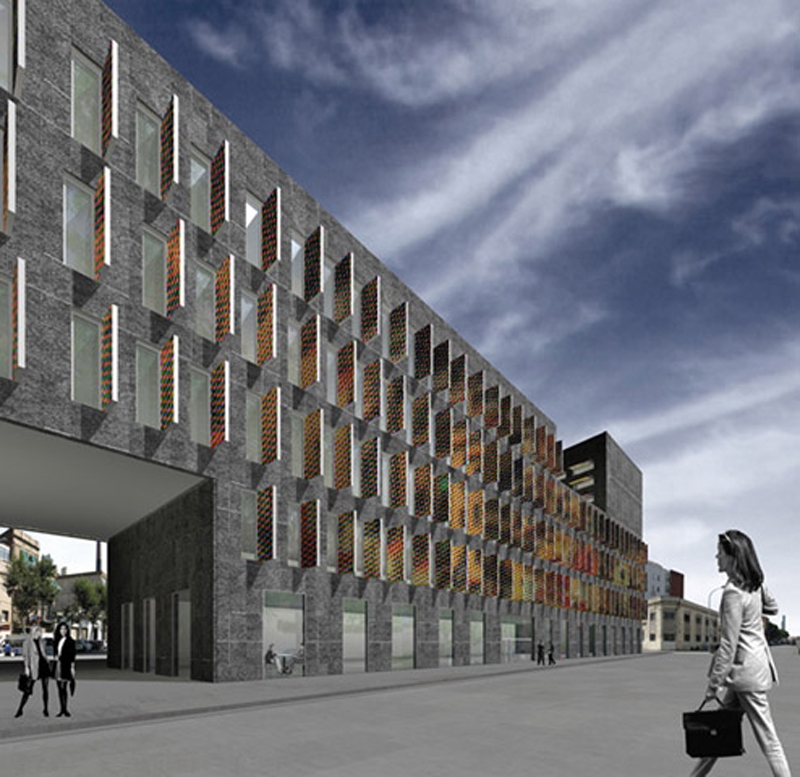 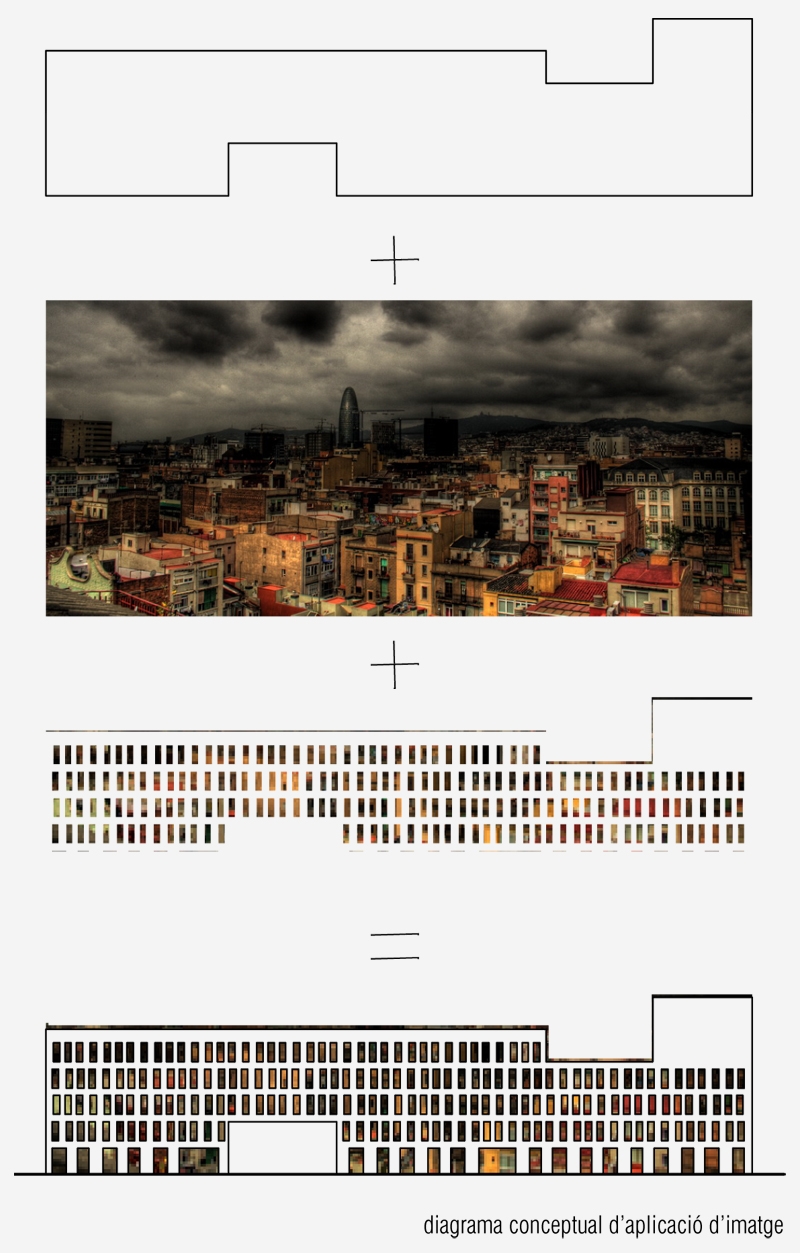 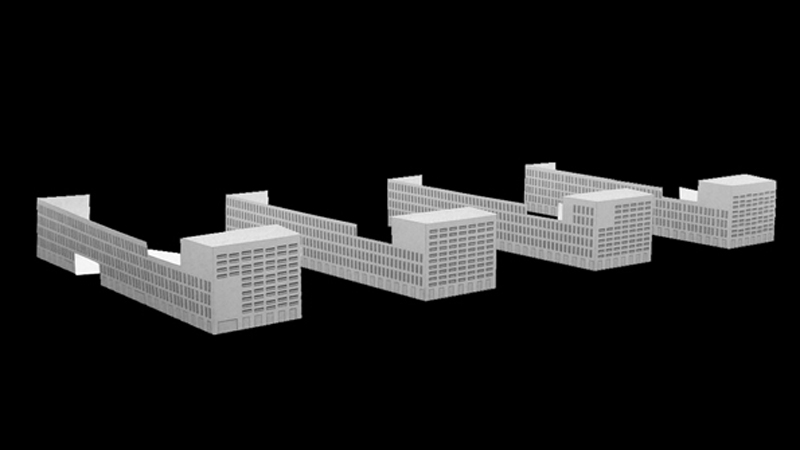 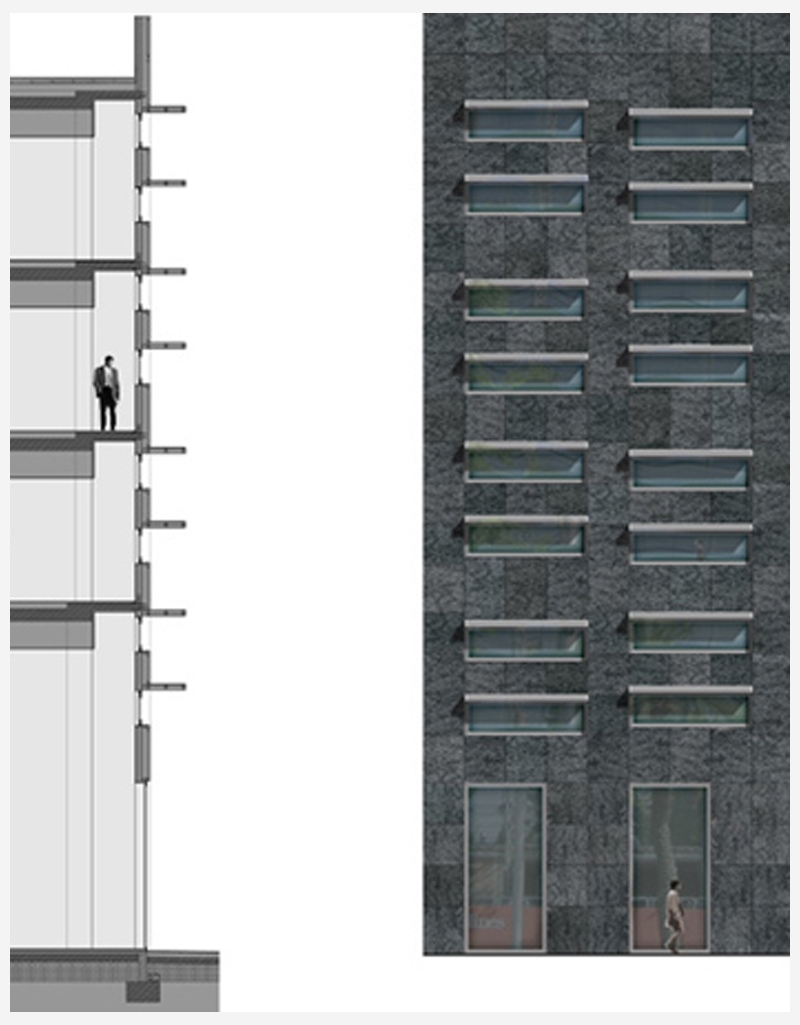 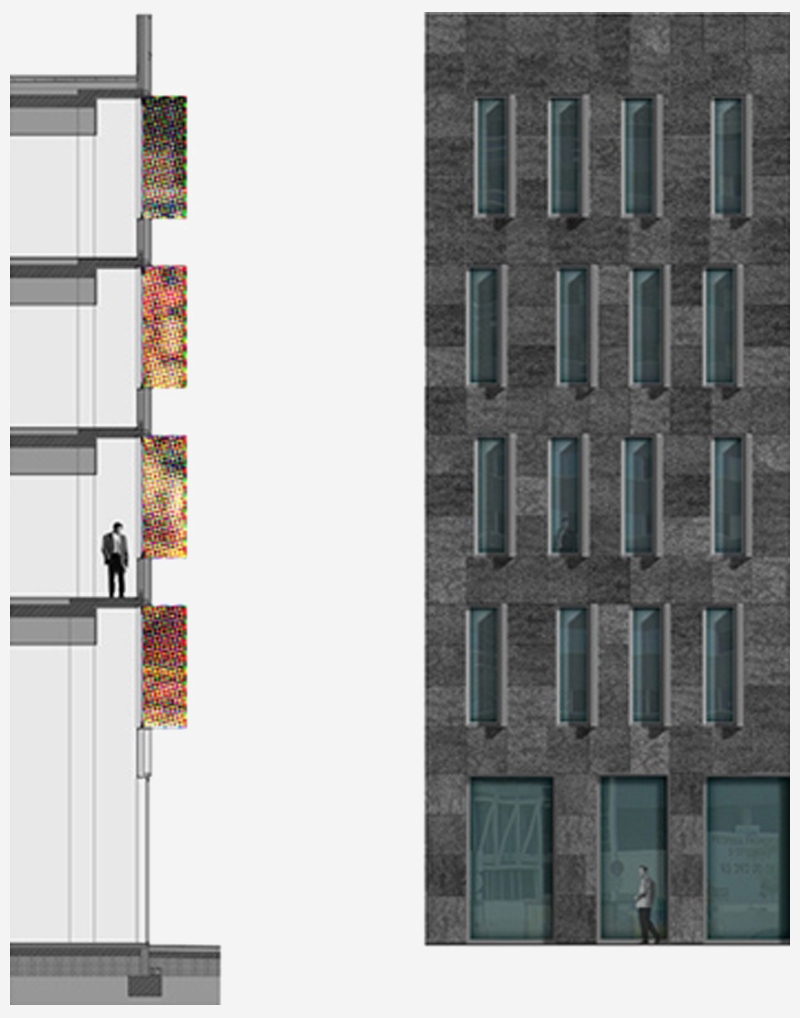 proposal of facade, from a predefined volume and usage, based on 3 defining criteria looking for an integration and harmony with the environment (urban, environmental, compositive).

character: the building should be integrated into the fabric of the city, in a friendly way to the pedestrian. facade walls with hollows keeping a pace and size that allow the articulation of urban and domestic scale. anonymous building, neutral (offices for rent). formal global solution. facade solution that can integrate the various uses of the building (hotel, office, warehouse). and the different solar orientations.

hollow-solid relationship: hollows represent 30% of the total area of the facade and are arranged with great uniformity, giving a high grade of sun and light protection and reduced losses.
grade of isolation of the constructive solution:
1. opaque part: the wall is formed by a subframe that holds a stone placated in the exterior side (ventilated facade to avoid overheating), a water repellent panel with a damp sheet of extruded polyurethane, 10 cm thick, and an internal extradosado de cartón yeso
2. window: formed by aluminum frames with high featured glass(low-emissivity double glass, with air space 4 +12 +4 mm).
3. window with fixed protection element: hollows have built a front visor that protects them from direct sunlight during most of the day. vertical arrangement in east-west orientation and horitzontal arrangement in south orientation, in response to the different orientations with the same element (compositive unit). all the windows can be opened, with limited opening angle to avoid breakage and wind blows, so that natural ventilation can happen.

order and elegance: the relationship between hollow and solid proportions and the overall composition was studied in detail to obtain a balance between an elegant and domestic image at the same time.
variability: there have been slight movement of the hollows to give a variation to the grid of windows. the pace of fronts in the east and west facades will be a rhythm and variability that will make it very attractive, as eyelids in some opened eyes. singular image. subtlety.
shown image: the fronts are like sheets of skin of the building, which show the inner side while spreading out, the "essence" of the building. an silkscreened image is placed on the inside of the screens. on each inner face, a part of a bigger picture which was rebuilt with the vision of the facade from a particular point of view. the reconstructed image is a reference to industrial poblenou. it brings an element of symbolic connection to the memory of the place, and also energy and color to the facade.

proposal for a facade